In Adelaide, there was an unexpected fire. It was a bushfire, and I'd just been mapping the area earlier that day - ironically, tracing some of the forests which were being burnt out at that very point in time.

I decided to go and see what was available for fire alerts around the nation.

It turns out the majority of fire authorities publish GeoRSS. I took the feeds and aggregated them, plus put in a transformation of the data to JSON.

Using Leaflet, I added a rendering of particular fires.

Using the OpenStreetMap Overpass API, I queried for "all areas in a 500m bounding box", and again using Leaflet, rendered those polygons onto a map. 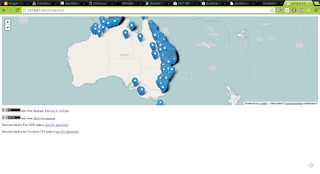 Coverage, for most of Australia. WA doesn't provide openly licensed data, and South Australia's does not contain lat/long info.
The few you see in those states are from Sentinel, a satellite based system for detecting 'hot spots' that may indicate a fire. 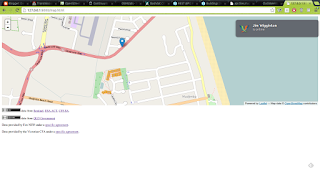 Here, a number of resident buildings are marked as 'at risk' from a fire. In reality, these are probably safe, due to fires in these areas tending to be contained to residential areas.
On the other hand, you can certainly consider adding an Open Street Bug report if someone's house may have burned down! 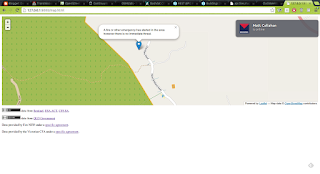 This is more interesting - there's a fire or other emergency right next to a national park. National parks are made from trees, which in my experience tend to catch on a whole lot of fire!

Obviously this sort of incident is well in hand if the fire authorities are aware of it, but it is interesting to see that fuel sources are being picked up.

My next efforts here are going to be around encouraging edits near the area - if there isn't much detail on water sources (dams, swimming pools, rivers, lakes); it certainly makes sense to identify those if there's already been a fire once.

I also made a bit of effort to aggregate the feed output into sqlite - I might go run up a basic server and run this as a service at some later point, as aggregating this data seems useful.

The thing I like most about this - it's trivial to take any GeoRSS feed and query OpenStreetMap for nearby things - I've done fairly wide ranging queries with a narrow bounding box so far; but those are easy enough things to tweak.